Alex Hanke is the creative head of Zum Heimathafen, which is both a studio for graphic design and illustration, and a screen printing company with a strong focus on concert posters and portable drawings.

For the student dormitories of “Otto von Guericke University Magdeburg”, Alex created a design that easily could be realised on the grainy surface of the facade, matching at the same time the location and the two different sides of the structure itself.

Despite the amount of different sized windows or the front wall’s edge of the building, the design manages to create an overall impression, combining all its parts.

According to the artist himself, the design would have been more detailed if conditions were different but Alex, who describes himself as a problem solver, did not compromise anything and found in the complexity of such a task the incentive to deal with it and overcome it. 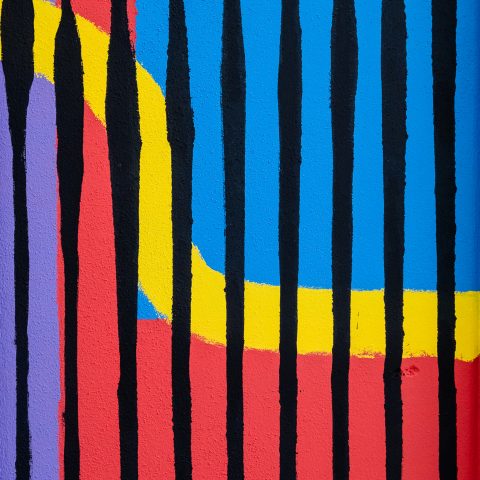 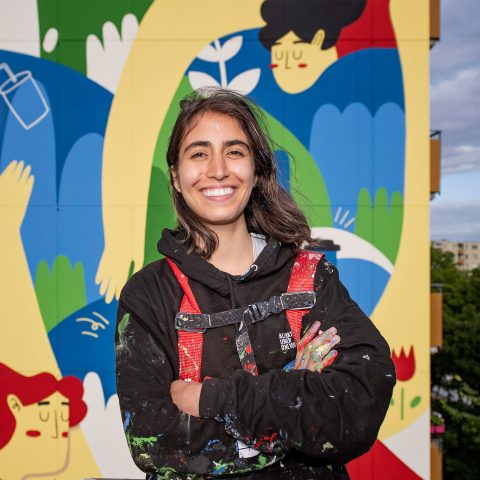 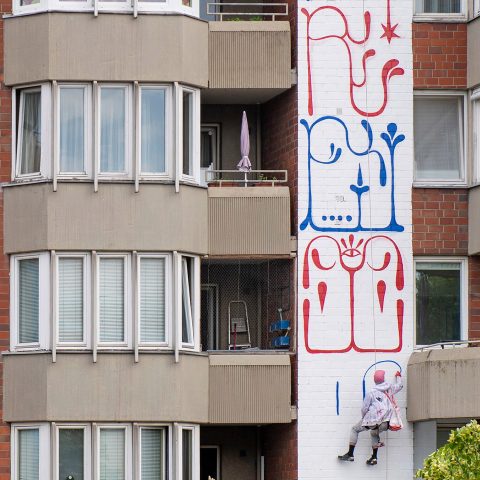 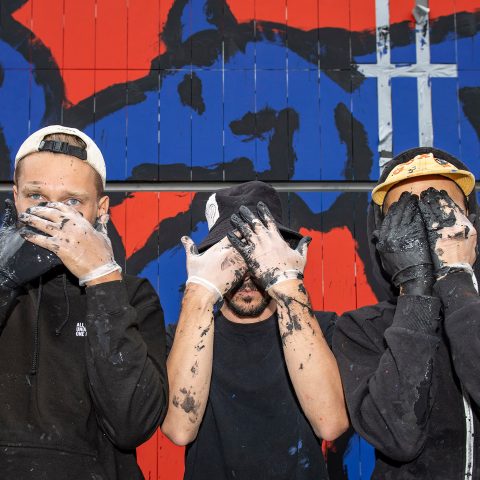